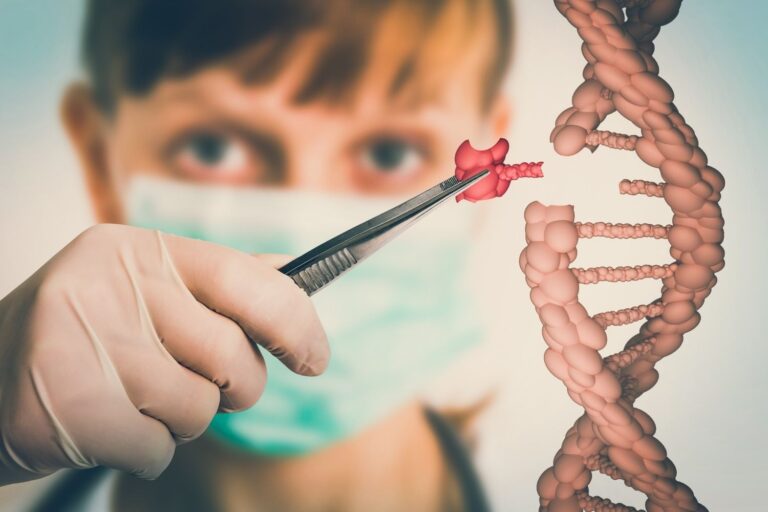 Human gene therapy is a therapeutic method used to treat patients with specific illnesses by replacing the defective genetic sequence with a corrected version to eliminate the disease in patients. This technique helps in correcting genetic defects or overexpressing proteins that are therapeutically useful. Gene therapy is considered one of the complex processes in treating illness as it involves multiple steps such as regulation of gene expression and tissue targeting. This article will highlight ten benefits of human gene therapy in treating human illness.

1. Gene therapy can be used for cancer treatment by increasing the expression of immune cells to attack cancer cells or by fighting cancer cells directly and limiting their spread. Cancer cells are capable of recognizing T cells, immune cells, and degrading them, causing deficiency in a patient’s immunity. Therefore, human gene therapy can be used to generate CAR T cells, which are T-cells that express CAR proteins on their surface, preventing them from being recognized by cancer cells. Therefore, it can successfully attack cancer cells and degrade them. This can be done by collecting T-cells from a patient’s blood, then genetically modifying them to generate CAR proteins on their surface. Then, the CAR- T cells are infused into the patient, allowing CAR-T cells to attack cancer cells.

2. Gene Therapy helps in treatment of inherited retinal diseases, caused by a mutation in RPE65 gene. When this gene is mutated, the sight can be lost gradually leading to blindness. Therefore, through human gene therapy, a normal copy of RPE65 can be introduced into retinal cells using a naturally-occurring virus as a delivery method, leading to the expression of un-mutated RPE65 and overcoming the mutation.

3. Spinal muscular atrophy is a genetic disorder caused by a mutation in the SMN gene causing damage in the motor nerve cells in the spinal cord. This mutation causes dysfunction of the nerves responsible for motor movement, causing patients to lose their ability to walk, eat or breathe. Through gene therapy, the mutated SMN gene can be replaced with a normal gene, allowing the nerves controlling the motor cells to function properly.

4. Stem cells can be targeted by gene therapy to treat multiple rare diseases such as ADA-SCID and bubble baby syndrome. The ability of stem cells to differentiate into different types of cells allows them to be a great target to treat complex diseases. For example, ADA-SCID is a syndrome in which the immune system of children is dysfunctional. Therefore, patients with this syndrome are unable to fight any infection, hence unable to survive more than 2 years old. Human gene therapy can be used to introduce genetically corrected stem cells, which can potentially cure ADA-SCID syndrome.

5. Gene therapy is used as a treatment for X-lined severe combined immunodeficiency (SCID-X1). This genetic disorder results in deficient T cells and Natural Killing cells. Therefore, compromising the immune system. This treatment is done by isolating haemopoitic progenitor cells from bone marrow, genetically modifying them, and then returning to the patient via central line. According to (Hobson, 2005), The patient who received this treatment had rapid expression of T cells within 5 months prior to the treatment, leading to clinical improvement.

6. CRISPR-Cas 9 is a new technology used to introduce double strand breaks in genomic sequences of interest, leading to genetically modified genes. This is used as part of human gene therapy to treat multiple diseases. For example, the gene responsible for cystic fibrosis disease, CFTR, was corrected by using a combination of CRISPR-Cas9 targeting exon 11 of the gene and homologous recombination with wild type CFTR.

7. Gene therapy has the potential to treat sickle cell disease, a mutation that affects red blood cells in the human body. To overcome this mutation, gene therapy is used to restore the expression of the fully functional β-globin gene. This can be done by delivering a new copy of the gene at a different site in the haematopoietic stem cell (HSC) genome. Another approach is achieved by restoring the expression of a different gene that generates γ-globin protein. The γ-globin protein does the same function as the β-globin, but it’s only expressed during fetal development and gets suppressed after birth.

8. Gene therapy helps treat diseases like Huntington, a genetic disorder that results in the expression of a mutated Huntington protein, resulting in the degradation of neurons. Due to neuron death, the individual with this disorder suffers from impairment of movement and brain function. The goal of gene therapy will be to reduce the production of mutated Huntington protein, which leads to slower degradation of neurons.

9. Gene therapy is also beginning to be part of treating HIV infection. In HIV patients, the virus attacks white blood cells by binding to receptors on their surface. Through gene therapy, a deletion of CCR5 gene is introduced. As a result, the expression of those receptors is suppressed, Therefore, limiting the ability of the virus to bind to white blood cells.

10. Finally, gene therapy can be used to treat Chronic Granulomatous Disorder (CGD), which is a genetic disorder in the immune system that leads to the inability to treat bacterial and fungal infections in patients. This is done by collecting blood stem cells from the patient, then inserting the correct version of gp91-phox gene, the gene responsible for the disorder. The correct gene is introduced using a viral vector in the laboratory. The blood stem cells are then returned to the patient via an intravenous infusion. According to (Warren, 2019), It was found that after the infusion, the stem cells are able to produce new white blood cells that can fight off infections.

In conclusion, gene therapy is a great technique that can be used to introduce changes to genes in order to cure many disorders such as cancer, retinal diseases, CGD, HIV, SCID-X1, Huntington disease, sickle cell disease, cystic fibrosis etc. Furthermore, the research in this field is constantly developing to cure more disorders and use advanced techniques in gene therapy.

If you are interested in a Pharmaceutical related career check out the following postgraduate and post-secondary diploma programs:

All training classes are moved to both online (live interactive webinar) and onsite training mode due to COVID-19 pandemic as of March 18, 2020. Please contact us for more details.

Due to COVID-19, all training programs will be held online (live, interactive, and instructor-led) until further notice. Hybrid Learning Mode will be used for programs that include hands-on training (theory will be delivered online and hands-on training will be delivered on-site). Students who wish to receive onsite instruction should contact the college. Please get in touch with us for more information!