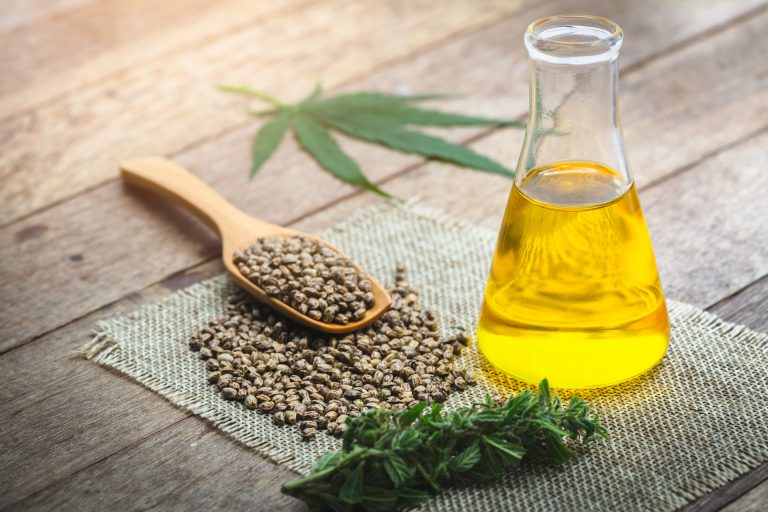 With the recent legalization of cannabis, there is rapid growth in the cannabis industry in terms of research and development of new instruments to test and analyze cannabinoids as well as active ingredients introduced during the production. However, with these growths, regulatory requirements must be met and with new developments, we must ask how efficient and safe are these methods?

First, we must look at the compliance testing requirements in Canada and the United States. According to journalists Vanessa Clarke and Melody Lin, compliance testing requirements for cannabis products in Canada are divided into two categories. The first category is cannabis testing that shows quantified data about wanted compounds i.e cannabinoids and terpenes and that they exist within limits as stated in the regulation. An example is a hemp, regulations in Canada outline for materials that are classified as hemp, the THC concentration cannot exceed 0.3 %. (Clarke & Lin, 2020).

Testing for unwanted and harmful compounds is the second category of compliance testing requirements. During the production of cannabis, plants grown in soil are very susceptible to have heavy minerals and metals, become infected with pests, mold, and other infectious diseases which is where growers will turn to pesticides to eliminate the threat. There is a list of substances in pesticides to test for and their limits so that it does not pose a danger to consumer’s health (Clarke & Lin, 2020). Testing for quantifiable data is critical. Before releasing cannabis products to the public, licensed producers must be accountable for all pesticide used, substances in their products and quantity of both wanted and unwanted compounds, making sure they do not exceed regulatory limits as stated in the Pest Control Products Act (PCP).

Why developing Regulations for Compliance Testing is important?

However, current developments of analytic testing and regulations still lack in its capability to detect all dangerous compounds therefore there are still many unknowns and cannot ensure complete safety and quality. For example, the case with Vitamin E acetate, the substance used as a thickening agent in THC vapes. Some THC vape consumers experienced lung damage and an Evali outbreak. Prior to the incident, there were no regulations to test for Vitamin E acetate (Clarke & Lin, 2020). “[Unless there are better methods to detect unknown harmful substances, …] there is no concrete way to determine that” (Clarke & Lin, 2020). Without quantifiable data, it is impossible to determine the quality of the product. As a result, the GMP requirement (SISPQ) cannot be fulfilled as safety is expected as part of a quality product.

In the United States, many of the states have analytical testing requirements for cannabis products. These regulations vary from state to state. For example, California’s regulation for analytical testing is in Section 19344 of the Business and Professions Code, which requires licensed testing laboratories to issue a certificate of analysis for the following tests (Beadle, 2019):

These requirements for the testing laboratory are key to ensure compliance with state regulations and are conducted by trained Quality Control Personnel.

Common testing techniques included the ones mentioned as above as requirements and they are, potency analyzes, which is the most important test for examining cannabinoid profiles and is typically conducted using a High-Performance Liquid Chromatography (HPLC), which is the most precise approach to quantifying cannabinoids like THC and CBD but may take too long and is expensive to operate (Clifford, 2019). However, these problems can be reduced with an alternative method, using Infrared Spectroscopy which retrieves data faster and is more cost-effective (Clarke & Lin, 2020).

Then we have heavy metal testing, which is used to detect the different toxic metals that can be found in soils and fertilizers. In conventional cannabis grow, the plant will absorb metals from soils and the most common are lead, cadmium, arsenic and mercury (Clifford, 2019). These heavy metals can exist in the soil only under toxic concentration limits. Heavy metal testing is carried out “by inductively coupled plasma mass spectrometry (ICP-MS) […] which uses the different masses of each element to determine which elements are present within the sample and at what concentrations” (Clifford, 2019).

Pesticide testing is another common testing technique that is challenging as there are many pesticides used in a commercial grow operation and is especially important to confirm that there are no toxic chemicals existing at dangerous levels on cannabis plants. In Canada, it is required to test for all 96 pesticides as listed on the Canadian government website under “Mandatory cannabis testing for pesticide active ingredients – List and limits” (Health Canada, 2019). In the states, as mentioned that it varies from the state wherein Oregon requires 59 to be tested compared with California 66. Testing “possibly resulting in the need for two different instruments depends on the state’s requirements” (Clifford, 2019). Testing is typically carried out using a Liquid Chromatography-Mass Spectrometry (LCMS) which operates like an HPLC, but it is different in its detector and sample preparation. (Clifford, 2019). Pesticides that are not ionized well in the LCMS, require a Gas Chromatography-Mass Spectrometry (GCMS) where the gas usually helium carries the selected sample.

Residual solvent testing is required, and it is for detecting chemicals that were left over from cannabis processing i.e., the cannabis extraction process. Common solvents used for extraction include ethanol, butane, propane, and hexane. In a commercial operation, a high level of solvents is used in large quantities to increase process efficiency and increase purity, but the process may have left traces of these chemicals and are not safe for human consumption (Clifford, 2019).  Therefore, it is important to verify whether these chemicals have been eliminated before releasing the product. This test requires a Gas Chromatography (GC) using the technique called the full-evaporated technique (FET), where a small extract sample is placed into a vial and is heated to replicate the evaporation process. The quantity of evaporated solvent into the air is called “headspace” in which it is then injected into the GC for analysis (Clifford, 2019).

Microbe, fungus and microbial, mycotoxin testing is another required testing that analyzes any fungal or microbial growth from production or improper procedures. A high-sensitivity LCMS or MS is recommended to identify and qualify strains of mycotoxin, which are toxins created by fungi that could be lethal. It could also be done using enzyme-linked immunosorbent assay (ELISA), Quantitative Polymerase Chain Reaction (QPCR) or a Matrix-Assisted Laser Desorption/Ionization Time of Flight Mass Spectroscopy (MALDI-TOF MS) (Clifford, 2019).

Testing for moisture content and water activity is crucial as moisture can create mold not only for cannabis products but for production facilities as well. The best method to analyze for moisture content is to use the Thermogravimetric method with a moisture balance instrument (Clifford, 2019). It involves placing a sample of cannabis into the sample chamber for initial reading. Then the instrument heats up until all moisture of the sample has been evaporated. The final reading is taken and with the initial reading, it can determine the moisture percent weight contained in the original sample. Another way to prevent mold is to monitor water levels. ASTM methods D8196-18 and D8297-18 are used to monitoring water activity in dried cannabis flowers (Clifford, 2019).

At Ascension Sciences, a biotechnology company in Vancouver BC, the research and development team are in the process of developing standardized nanotechnology and nanoparticle testing method that can identify everything that exists in the ‘matrix’ of the sample. It also entails determining how cannabinoids are released and how the data results correlate to consumer experience (Clarke & Lin, 2020). At the same time, Complex Biotech Discovery Ventures, a cannabis research and development firm, is developing in-process analytical tools like decarboxylation monitoring via IR and NMR Spectroscopy (Clarke & Lin, 2020).

Seeing how stringent regulations are on the limits of quantification for pesticide active ingredients and the advancement of testing technologies yet we still cannot fully guarantee efficiency and safety, I believe based on my research that we must continue to look more into how we can close those gaps of technical and unknown errors, standardize testing parameters for the different states to ensure consistency with active ingredients in cannabis products. Everyone should have the proper access to cannabis for medical and recreational purposes that will not cause damage.

NACPT is a leading career college in Canada that provides in-depth skill training in pharmaceutical, cannabis, business, technology and related fields to maximize the job and business opportunities within the target industries. NACPT has offered specialized Certificate, Graduate and Postgraduate diploma programs in the pharmaceutical and cannabis industries for over ten years. We also offer various cannabis skills training and business incubation programs in the related industries. As a college with affiliations of highly reputable organizations, NACPT provides analytical testing, consulting services and research & development in the pharmaceutical, cannabis and other sectors.

For those interested in learning more about cannabis analytical testing requirements, Cannabis Quality Control and Quality Assurance, we invite you to our 1-4 days comprehensive certification training – Online Interactive Instructor-Led Webinar: